I think this may be my favorite Christmas card this year.  Image is from Beccy's Place and it's a pre-colored image which made this card very quick and easy.  I made it for my spot this fortnight as a GDT at The Outlawz Tuesday color challenge and Beccy's Place is our sponsor.  The theme is a very easy "Anything Goes" as long as it's inspired by their chosen photo.  Obviously, my inspiration was the little bear.  :-D 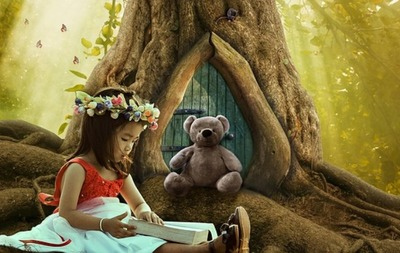 I decided on a gate-fold card and scored each short end of the card base, then folded those inward on the score lines.  I used Memory Box dies to cut the tiny angels from gold, glitter paper, and a Die-Versions Nativity die for the heavenly star, which I cut off the Nativity.  The sentiment was cut with an Avery Elle die.  The little bear was carefully hand cut with scissors.  I used up a few scraps of gold paper making this card. 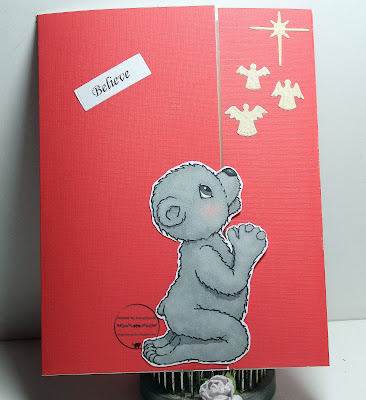 Love thsi card! The image is just gorgeous and the angels finish the card off perfectly. Thank you for sharing with us at Creative Inspirations, good luck.
Hugs
Gina xx

I can see why it's your favourite, so beautiful and simple too Connie, I love it.
Faith x

Oh, Connie, I just love this sweet gate fold card! The little bear is adorable and love how you made him pop off the front with the background color. Thank you for playing in my Creative Creases Challenge and hope you can join in again soon.
Debbie
Secrets To Stamping

ohhh a great idea to have an uneven gate fold, never thought of it but I love it. thanks for joining us at Ikes world Challenges.

Great card NanaConnie, I love the fold! You did a fabulous job fussy cutting the little bear, and I really like the way you've placed it over the edge of the gatefold. The angels are very sweet and I love the big star too... great for using up the scraps of gold card. Beautiful work!
Cheers,
Beccy

Dear card! I love the image you chose and how you colored it!

Thank you for joining us at Ike's Blog Challenge!
~ DT Dagmara

Just gorgeous - such a sweet image and card.

Thanks for joining us at Penny's Challenge.